Our Story: Charity Began at Home

Compassion runs in families, and sometimes begins when a devastating illness strikes close to home. That’s just what happened when the late Frank “Froggy” Palermo was stricken by a heart condition in the mid-1980s and our family stepped into action.

A golf tournament in 1984 secured the funds to help Froggy have a heart operation to save his life. This only served to bring thanks and inspiration to the family.

So, with modest beginnings in 1991 and in partnership with attorney James Palermo, Froggy and his family started on the road toward helping countless others. An initial, small fundraising event spurred major events with the goal of spreading the Palermo family’s compassion to others in need.

Since that first fundraiser, Heart to Heart has raised tens of thousands of dollars and awarded dozens of recipients with financial and emotional support, as well as life-changing opportunities. 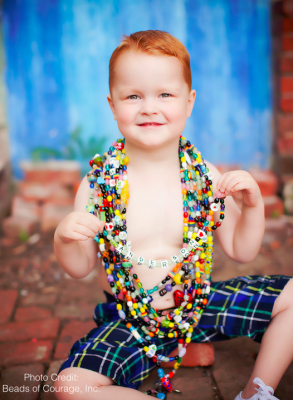 From the very start, the Heart to Heart goal and tradition were to select an individual or organization who needed a boost and present them with a cash donation. We sought individuals who would benefit the most, and who themselves showed support and compassion to others.

But in 2002, we came up with an idea to expand on those financial gifts when a family member was suffering from cancer and for whom the outlook was bleak. We knew she needed some happiness, something to look forward to. A trip to Disney World was a lifelong dream, and one we wanted to fulfill. That first trip organized by family members not only brought great joy during its duration, but played a key role in improving the quality of life for this young fighter.

What followed was brainstorming as our committee began to discuss and create ways we could make that kind of an impression on the lives of others. We believed that if we could help fulfill someone’s dream, it would make their overall health and zest of life improve — and there was no better way for us to gain satisfaction than to make that happen.

Overwhelming support in that first year of fundraising allowed another child — a very sick 9-year-old boy, and his family to also enjoy the childhood dream of playing at Disney World. Nothing can describe the joy his family felt, and it is witnessing this absolute transformation in the darkest of times that continues to drive the efforts of our committee members and volunteers.

In 2010, Palermo Heart to Heart was inspired by a segment on CBS Sunday Morning about the Beads of Courage Program. Realizing that the board could serve many suffering children, it made Beads of Courage its charity of choice.

Today, a board of directors on which close family members sit oversees the organization and its ever-growing fundraising initiatives. This panel is charged with the selection of individuals who are very ill, many of whom are young children showing strength and determination each and every day in fighting an uphill battle with cancer. The board is joined by countless volunteers who contribute time, work and donations — large and small — in the hope that they can play a part in helping victims of disease become survivors, never losing sight of the fact that cancer and other serious illnesses claim the lives of loved ones and new friends every day.

Palermo Heart to Heart,
At a Glance

1984 – That first golf tournament is held to raise funds for Frank “Froggy” Palermo, who requires a heart operation.

1992 – Attorney James Palermo sets the family’s charity wheels in motion when he organizes a small, but impactful, tournament and dinner.

1993 – The family has been inspired to carry on his work and the golf tournament is opened to family and friends. A golf committee is organized to handle all of the key tasks of a large-scale golf tournament and that year, approximately 64 golfers took part.

1994 – The incredible success of that tournament sparks the idea of working with donors. The first donation is presented to the Conyngham Library in the name of the Palermo family. But again, sadly, prior to the tournament, family friend George Joseph is diagnosed with cancer.

1995 – Happily, though, the tournament’s popularity continues to catch on, and to grow.

1997 – The golf event committee votes to build on the popularity of the golf tournament and the Palermo Athletic Foundation is established.

1998-99 – With a solid fund balance, the foundation decides it can afford two yearly cash donations to families in need.

2000 – The Palermo organization faces a difficult time when two family members are stricken with cancer. But knowing the work must go on, it applies and is accepted as a nonprofit organization, allowing for continued growth. As a result, three cash donations are awarded.

2001 – The tournament jumps to 126 participants – a goal that was easily reached. But sadly, two past participants and a close family member are lost to cancer.

2002 – The true turning point of the organization is realized as Palermo Heart to Heart is formed. OUR hearts swell as we realize dreams of families in need can be realized.

2003 – The foundation continues to grow as people learn about its work.

2004 – Sponsorship donations top the $15,000 mark with the first tournament sponsorship.

2005 – The foundation, and the tournament, celebrate their 15th year. A special tournament took place that year with many complimentary gifts bestowed. The golf tournament celebrates is largest turnout to date: 143 charitable golfers.

2006 – Still growing, the foundation realizes how important it has become, not only to those it benefits, but also to the good people in the region who support it.